A few months back Kate Bauer and I hosted a BBQ at her place. I wanted to try putting together a fruit and vodka infusion of the sort I'd previously seen at bars.

Kate bought a bunch of fresh fruit and I picked up the vodka (Svedka, the best vodka for the dollar, and damn near the best at any price). We used the same glass container from Pier One I purchased to house pickled eggs for my Moe the bartender Halloween costume a few years back. The infusion came out great, but we learned a few things along the way:

Initially we set up a complicated siphon and valve system which worked well enough, but scared people away. Once we decanted the vodka off the drink really went quickly.

As one would expect the final product tasted like candy, but had the potency of hard liquor -- yikes. 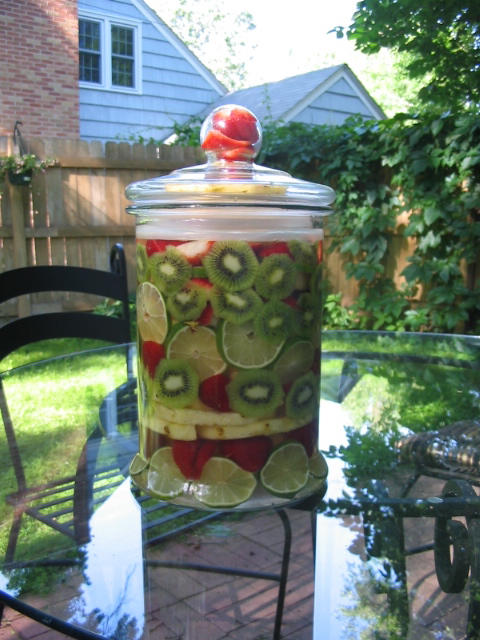